Vaccinations protect cats/kittens from some of the most serious cat diseases. Prevention through vaccination is essential since these diseases are difficult, if not impossible, to treat. Vaccinations are the best insurance you can buy for your lovely cat. All cats should be vaccinated; even indoor cats that never go outdoors.

Some diseases are caused by viruses that are airborne or that could be carried indoors on your shoes or clothing, so that an indoor cat without immunity could easily be infected. Kittens receive some disease-fighting antibodies from their mother’s milk, but these antibodies do not last past 6 to 8 weeks of age.

Also Read: 90 Amazing Facts About Animals That May Surprise You

Kittens should start receiving vaccinations at 6 to 8 weeks. Once a kitten is immunized, vaccinations should be boosted yearly or according to the veterinarian’s recommendations. No vaccination confers lifetime immunity.

The following diseases are preventable through vaccination:

Feline panleukopenia is the name of the disease commonly called distemper. Panleukopenia is a gastrointestinal disease caused by a highly contagious virus. Infected cats are feverish, vomit, have diarrhea, dehydrate rapidly and often die within a very short time after symptoms are noticed.

There is no treatment. Although supportive therapy may be tried, it usually fails. Deaths may range from 60 percent to 90 percent in unvaccinated cats. The vaccine for panleukopenia is very effective.

Cats are subject to many “cold” viruses, much like humans. Three of the most serious upper respiratory infections are caused by feline rhinotracheitis virus, feline calicivirus, and chlamydia (pneumonitis).

Signs of these highly contagious diseases (there may be difficulty in distinguishing one disease from another) include high fever, severely inflamed eyes and excessive tearing, snotty noses and sneezing, oral ulcers and salivation, depression, and difficulty swallowing and breathing.

These infections cause severe symptoms that may last up to six weeks. The cat cannot eat, drink, or breathe properly so that resistance is lowered and secondary bacterial infections, such as pneumonia, often occur. Treatment is supportive at best and frequently not effective in preventing death. Vaccination is far better.

Rabies is a viral infection possible in all mammals, including man. It is transmitted by the bite or scratch of an infected cat or other animal. It may also be transmitted by saliva deposited into an open wound. The virus infects the central nervous system, causing a brain infection (encephalitis) which is always fatal.

There is no treatment for cat or man after symptoms appear.

However, a vaccine is effective in preventing the disease in people if it is administered soon after their possible exposure. In recent years there have been more reported cases of rabies in cats than in dogs, probably because of the large population of unvaccinated cats.

Feline leukemia is a contagious disease caused by a virus that is spread by saliva,urine, and other body fluids from an infected cat.The virus attacks the immune system, causing a chronic, wasting disease. Symptoms are extremely variable, but may include lethargy, anemia, weight loss, anorexia, tumors, and susceptibility to other infections.

There is no effective treatment. A vaccine is available that prevents leukemia.

Roundworms and tapeworms are the most common intestinal parasites of cats.

Roundworms are especially common in kittens,but also can be found in adult cats. They are thin,spaghetti-like worms that can be seen in cat feces or vomit. The worms are spread by the ingestion of roundworm eggs in the feces of an infected cat or feces-contaminated soil.

Kittens also acquire roundworms in utero or through milk, They may develop signs as early as 3 or 4 weeks. Diagnosis can be made by inspecting feces or having a veterinarian use microscopic examination to detect worm eggs in the feces. Treatment with safe dewormers is effective and should be repeated as necessary.

Tapeworms are long, segmented worms that are transmitted by the ingestion of a larval stage of the worm found in a flea or in the raw meat of small mammals. A cat that hunts on his own or has had fleas will likely develop tapeworms.

Individual tapeworm segments are easily seen in freshly passed feces or around the anus of an infected cat.Their appearance is like a rice grain (white or beige in color). Special dewormers are required to rid a cat of tapeworms.

External parasites are “bugs” (insects)that live on the outside of a cat’s body and include fleas, ticks, lice, and mites. They cause irritation and may transmit some diseases to other cats or to humans. Careful skin examination by a veterinarian can detect these parasites.

Fleas are the most common external parasite of cats. Fleas and flea dirt are readily seen in a cat’s hair coat. Fleas are the size of a pencil-lead, brown,compressed side to side and seem to be in constant motion. Fleas or their black specks of excrement may be seen at the base of the tail, between the ears, or in the short hair on the abdomen.

Many treatments are available; however, the cat’s environment also must be treated vigorously since the flea actually spends more time off the cat than on.Flea control should be implemented at the earliest sign of flea infestation because fleas multiply rapidly and a small problem becomes a major one in a short time.

It is important to know that all dog flea products are not necessarily safe for cats. Be careful to read the labels and consult a veterinarian.Using too many products may overdose and kill the cat.

Ticks are most prevalent in early spring and most commonly found on outdoor cats that get into underbrush and wooded areas.

Ticks can transmit several diseases (including Rocky Mountain Spot-ted Fever) and should be removed with care. Grasp the tick near its head with a pair of tweezers and pull it away from the skin with a firm tug. Do not try to kill the tick first with fire or chemicals. Disinfect the area with alcohol to prevent infection.

Ticks should be controlled by daily inspection and removal. Do not dip cats with chemicals; other methods are available.Lice are small, light-colored parasites that are transmitted cat to cat and can be seen at the base of the hair.

Signs of lice infestation (pediculosis) area rough and dry hair coat, matted hair, and scratching and biting of the skin. Lice are effectively controlled with a variety of chemicals available from a veterinarian. Lice cannot be transmitted from cat to human.

Ear mites tunnel in the skin of the outer ear canal. They are easily transmitted from cat to cat and dog to cat. They can be seen in the ear with magnification. Suspect ear mites when dark, coffee-ground-colored debris is present in the ears. Signs of infestations are head shaking and scratching at the ears. Left

untreated, ear mites predispose the ear to secondary bacterial infection. Treatment requires having a veterinarian clean the ear and use mite-killing insecticides. Be sure to treat any other cats or dogs in the household.

Ringworm is a contagious skin infection caused by a fungus.It may be airborne or found in the soil. It can be transmitted to humans. Ringworm causes hair loss, usually in a somewhat circular pattern, leaving the skin dry, raised,and crusty. Ringworm lesions are usually found first on the face, ears, or paws, but without treatment they can cover the entire body,

A veterinarian should diagnose ringworm and can prescribe proper topical and/or systemic medication. Treatment is usually effective for the single cat. Catteries often have a chronic problem with ringworm and may require special measures.

Cats commonly develop infections as a consequence of fighting, often during the mating season. Fight wounds, caused by claw and teeth trauma to the skin, are an excellent place for bacteria to grow and abscesses to form. Abscesses are pockets of infection in the skin or underlying tissues.

They fill with pus, put pressure on the skin and surrounding tissues, and cause lameness,severe swelling and localized pain. The cat is usually lethargic and feverish. Any infected fight wound or abscess should be treated by a veterinarian.

The wound is usually opened, drained,and flushed to allow healing; treatment with an antibiotic is usually necessary. Wounds may be prevented by neutering cats to avoid conflicts in the mating season or during territorial disputes.

Feline urological syndrome is a disease complex of the urinary system. Causes of this disease include diet, urinary pH (acidity), bacteria, viruses, urinary habits,and other factors. Signs of F.U.S. include frequent urination (spending an unusual amount of time in the litter box),urinary accidents, straining with urination, blood in the urine, pain in the abdomen, and increased irritability of the cat.

Diagnosis should be made by a veterinarian who can test the urine and determine the need for treatment. Urinary obstruction — when your cat cannot pass any urine — is a medical emergency.

Join our Twitter channel (@hymeblogs) for the latest news and updates. 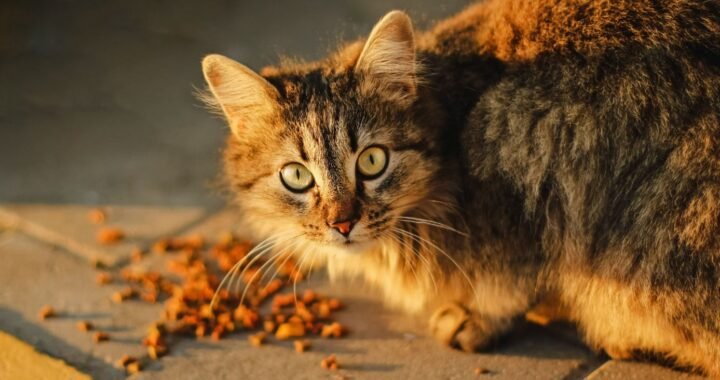 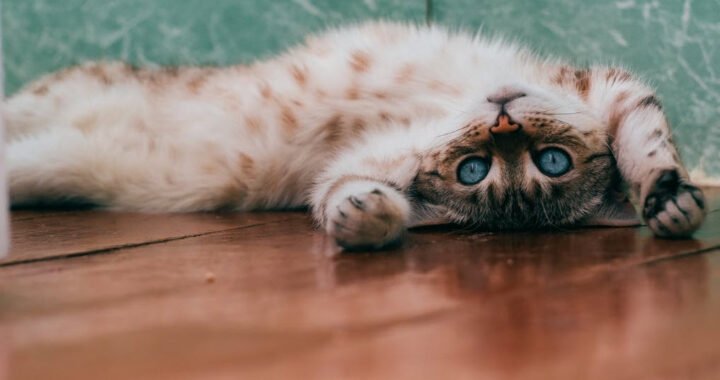 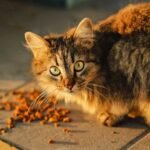 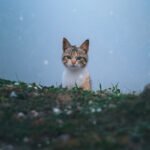 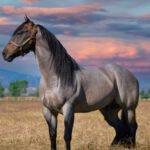 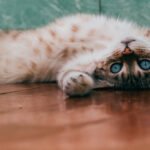 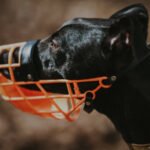 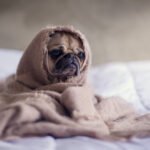 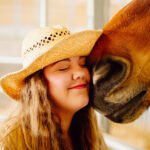 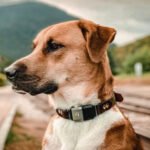 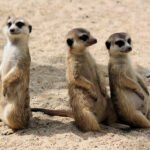 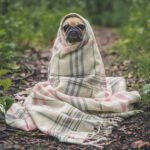 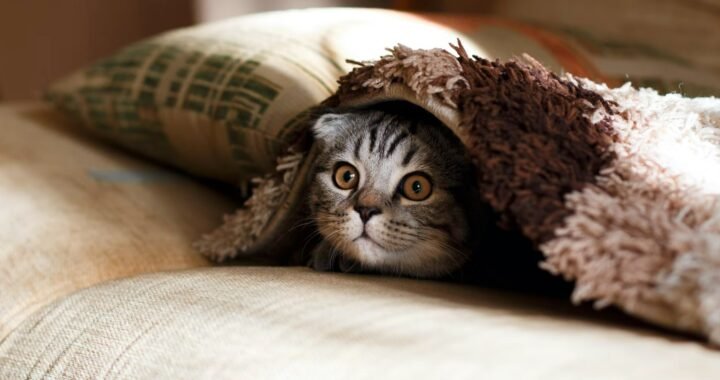 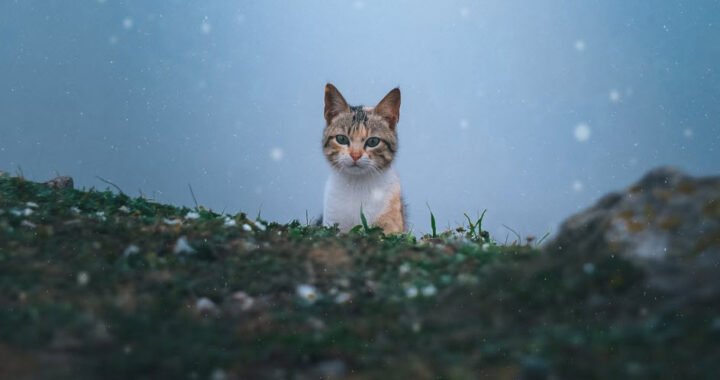 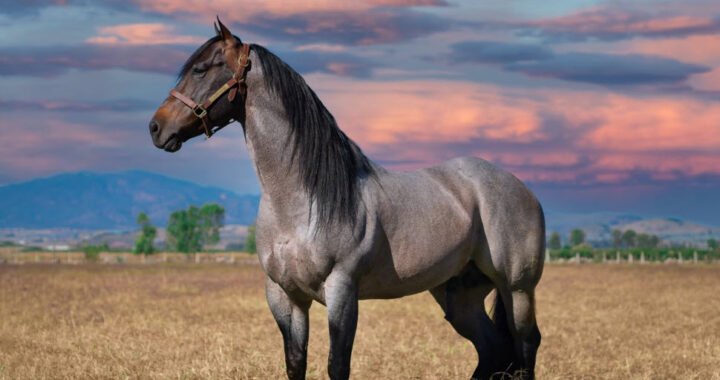